Festivities of Almuñecar, feel like a local and enjoy our traditions 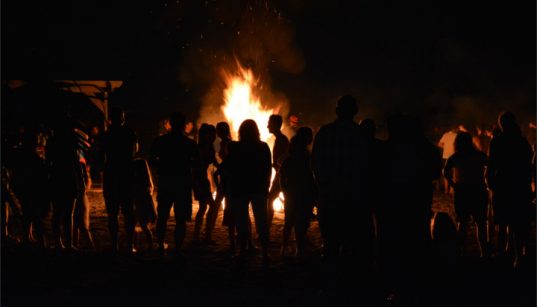 Procession of the Virgen del Carmen
Admin May 4, 2021

The 19th of March is San José, which is the patron saint of La Herradura. For this reason, all kinds of cultural activities and sporting competitions are organised for this day, open to everyone.

In addition, at night, in all the local bars and some improvised bars near the fairgrounds, you can enjoy the festive atmosphere.

But let’s not forget that it is a religious festival, so there is an important procession that goes all over the historic centre.

Holy Week is celebrated at the end of March or beginning of April, with great devotion to the Passion, Death and Resurrection of Christ. For this reason, numerous brotherhoods and confraternities organise their processions throughout the week with their floats, thrones and music bands, through different areas of the city, mainly through the historic centre.

It is one of the most beautiful events in Andalusia, creating a thrilling atmosphere.

In addition, it should be noted that the Semana Santa Sexitana is growing in recent years, as the fervour is increasing and the number of brotherhoods is growing.

The day of the Cross is celebrated on the 3rd of May, which coincides with the arrival of the summer solstice.
The highlight of this day is the Cross of Flowers competition with prizes in different categories.

In each neighbourhood, school, institution or Semana Santa brotherhood, a cross of flowers 3 or 4 metres high is set up, which is accompanied by a bar to serve drinks and tapas and appetizers, all accompanied by folk music.

Bonfires are lit on the beach to cast into the fire all the evil spirits or unpleasant things that have happened to us during the year, and then take the first bath of the season. Thousands of oil buns with a boiled egg are also handed out on that night.

For many it is also the first bath of the season, welcoming the summer.

On the 16th of July the Virgen del Carmen, the patron saint of all sailors and fishermen, is celebrated. The main event of the festival is the maritime procession, and in Almuñécar it is also the festival of the neighbourhood of “Los Marineros”.

The week of 9 to 15 August, at the height of the visitor season, is the Fiestas Patronales de Almuñécar, which are held in honour of its patron saint, the Virgen de la Antigua.

The procession of the Patron Saint and the big day of the festivities is the 15th of August, which since 2003 has been recognised as a Fiesta of National Tourist Interest in Andalusia. And during this week the traditional fair stands and attractions are set up at the fairgrounds.

In addition, there are also other events and activities, from sporting events to all kinds of competitions and games, in a great party atmosphere for all audiences, a visit to Almuñécar during these days is essential to have a complete summer.

And the fiestas end with the great terrestrial-maritime Procession on the night of 15th August, with a great firework display as is tradition, from the mythical Peñones del Santo (one of the most important symbols of the town) which is a real spectacle of light and sound.

The maritime-terrestrial procession and the great fireworks display, also accompanied by music, has been celebrated according to several studies supported by the professor and historian Miguel Luis López-Guadalupe Muñoz since 1578.

And not even the Covid-19 pandemic has been able to stop this tradition, as on 15th August 2020, despite the restrictions, there was a small fireworks display that could be seen from all parts of the municipality.
In addition to these fiestas, the neighbourhoods of San Miguel and Torrecuevas also have their own celebrations, the former on the 28th and 30th of September each year, which also coincides with the “International Day of Tourism”.

And the Torrecuevas neighbourhood, which, since the end of the 60s of the last century, when Almuñécar and La Herradura were still part of the so-called Costa del Sol, celebrates the beginning of the custard apple harvesting season, in a convivial atmosphere among all the neighbours.

All these festivities and many more surprises await you on your visit to Almuñécar and La Herradura.