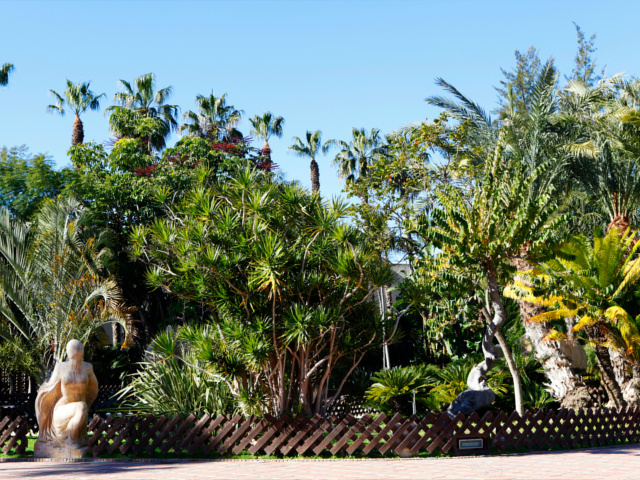 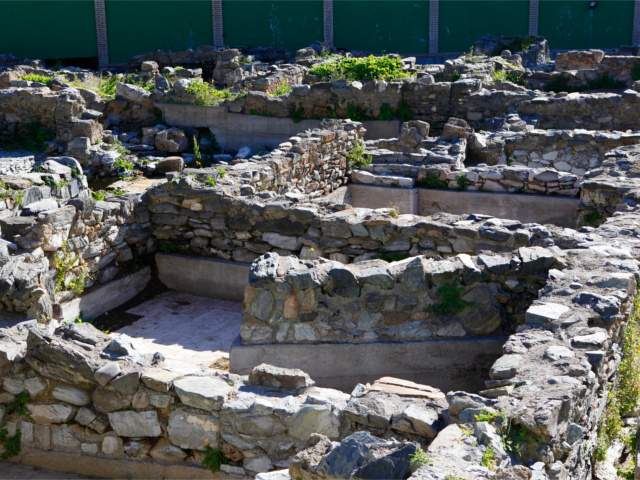 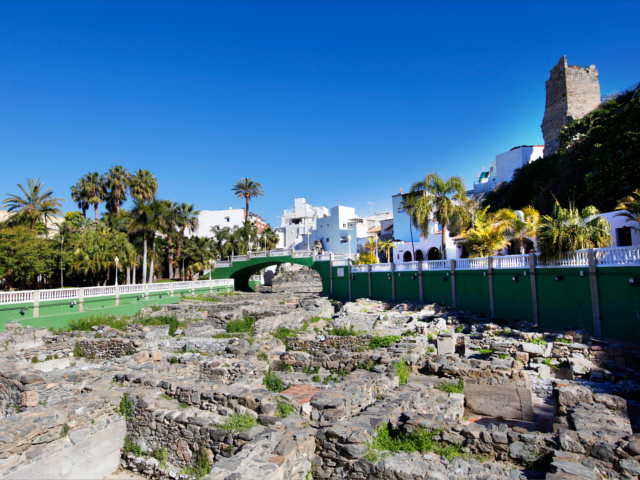 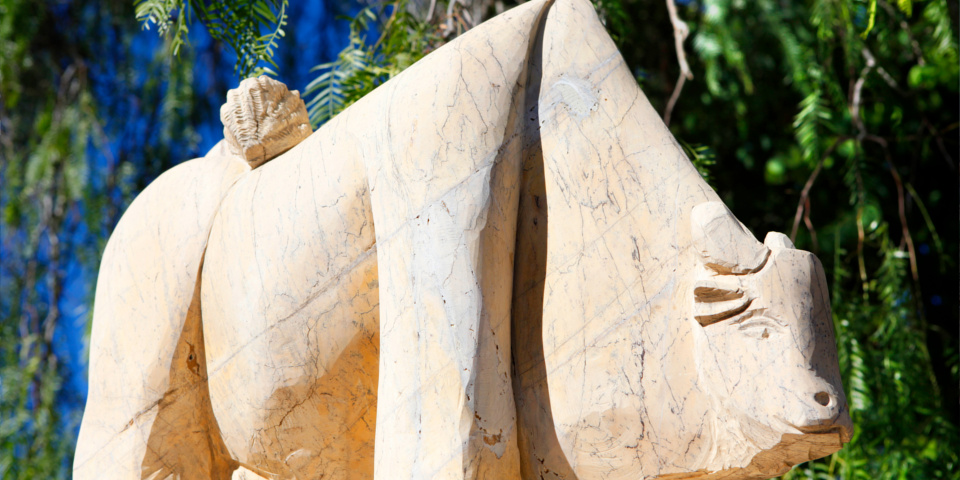 In the center of Almuñecar, under the hill of San Miguel we find this park. The perfect place to stroll while making us imagine what almuñecar would be like in ancient times.

We can see the castle of San Miguel at the top and walk among the trees of the different species that it houses and observing the carvings made in macal marble by different Syrian artists.

The term hawthorn, is the land dedicated to the cultivation of the vine, known as vine and is that before this park vine crops were probably located here.

The Botanical-Archaeological Park of El Majuelo in Almuñécar is situated in a privileged location, right at the foot of the famous San Miguel Castle and at the same time just a few metres from the San Cristóbal Beach, therefore, it is right in the historical centre of the oldest city of the Spanish Mediterranean.

Moreover, thanks to the exceptional microclimate of Almuñécar, in this park you can enjoy a worldwide selection of plants and trees representative of all tropical areas of the planet.

The park, which is open to the public every day of the year, covers an area of almost 5 hectares. It is also an important historical enclave, because inside we can also find archaeological remains, such as the necropolis and the remains of a salting factory from the 4th century BC, all surrounded by sculptures by modern artists.

But to make this park even more interesting, it is also worth mentioning that all kinds of cultural events take place in its facilities throughout the year.

Park as a Botanical Garden.

As we have already mentioned, Almuñécar enjoys an exceptional subtropical climate, characterised by one of the mildest winters in Spain and therefore in Europe.

For this reason, since the eighties of the 20th century, different botanical species have been planted here, and thanks to this we can now discover more than 180 species of plants and trees, which coexist in harmony, and which are representative of all the tropical areas of the world, from South and Central America, to Oceania, passing through Africa and the Philippines?

Park as an Archaeological Site

Inside the park, in the open air and exposed to all visitors, we find one of the most important archaeological sites of the Costa del Sol and the Costa Tropical, which is none other than the Salted Fish Factory, built by the Phoenicians between the 5th and 4th century B.C., and later also used by the Romans.

The highlights of this site are the salted fish tanks in which garum was produced. This was a sauce made from the entrails of fish, and was world famous.

Historians and other famous writers of antiquity such as Strabo, Diphilus of Sinope, Pliny the Elder, and Martial wrote in their writings over several centuries in praise of the delicacy that was produced in these factories.

There is also historical evidence that these basins were also used for the production of various fish sauces.

The use of fish sauces was very characteristic of Roman cuisine, garum being one of the most popular. It was used as a flavour-enhancing condiment for almost all dishes, and was also thought to be an aphrodisiac.

Park as a Sculpture Garden

Throughout the park there are more than thirty sculptures, all of them a gift from different Syrian artists, because since October 2006, when the first ten were inaugurated, coinciding with the II Meeting of young Syrian sculptors and painters in Almuñécar, every year other artists have added their works to the sculpture heritage of the Majuelo Park and Almuñécar.

Park as an auditorium and cultural space

Also within the park there is an open-air auditorium, where for some time now there has been a wide programme of cultural activities throughout the year.
Among these events it is worth mentioning that every summer the prestigious “Jazz en la Costa” festival is held, as well as the tapas fairs.
But also within the activities we can enjoy numerous concerts, monologues, magic shows, and so on.

The auditorium was designed by the maestro Timoteo Urrengoechea Gomeza, who is also a pianist and was the promoter of the Almuñécar Music Band. Although he also has important compositions to his credit, such as the pasodoble “Almuñécar” and the old Athletic Club Anthem, as well as children’s works such as Bazar de Juguetes and La Granja de las Maravillas, and even zarzuelas.

But there are also a few craft shops, a children’s playground and bars within the grounds. And for video game fans, in the Parque del Majuelo there are several pokeparadas and a gym of the famous video game Pokemon Go.

In the center of the park el majuelo an old Roman salting room is located, at the foot of the castle of San Miguel.

It also has several booths for the sale of souvenirs and a stage that is intended to host performances by various artists who visit Almuñecar. During August the Jazz festival is celebrated on the coast in El majuelo.

How to get to Majuelo Park